Wondering about chemsex? Find out what chemsex is, what the chems (drugs) involved are, and how to make sure you stay safe.

Chemsex means using drugs as part of your sex life, and it's most common among gay and bi men. There are typically three specific 'chems' (drugs) involved. People say these drugs make them feel less inhibited and increase pleasure.

What are chemsex drugs?

The three main drugs people take as part of chemsex are methamphetamine, mephedrone and GHB/GBL.

Methamphetamine is a stimulant. It's also known as crystal meth, crystal, meth, tina and crank.

People take crystal meth by swallowing, snorting, injecting or smoking it. It makes them feel alert and aroused, but can also make them feel agitated and paranoid.

Methamphetamine can raise your heart rate and blood pressure which can lead to heart problems. There have also been reports of psychosis from taking methamphetamine. There is evidence of long-term mental health problems and brain damage. You can die if you overdose. It's highly addictive too.

Mephedrone is a stimulant too. It's know as meph, drone or meow meow.

People usually take mephedrone by snorting it, but they also swallow, smoke and inject it too. It makes people feel alert, aroused, confident and euphoric. It can make people feel sick, anxious and paranoid too.

Mephedrone can make you vomit or give you a headache. It can cause hallucinations, insomnia, reduced appetite, dizziness and sweating. It's also addictive.

GHB and GBL are sedatives. Their full names are gammahydroxybutyrate and gammabutyrolactone, and they're also known as G, gina, geebs and liquid ecstasy.

GHB and GBL are usually an oily liquid that people mix with a drink and swallow. They make people feel euphoric, less inhibited and sometimes sleepy too.

With GHB and GBL it's difficult to know how much of the drug you're taking so it's easy to overdose. The overdose can make you pass out and in some cases it can be fatal.

While there are ways to help keep yourself safe, there are some risks involved:

Sometimes people inject or 'slam' crystal meth and mephedrone. With this there's an increased risk of injection-related infections and blood-borne viruses like HIV, hepatitis C (HCV) and hepatitis B.

It can lead to unsafe sex

If you're under the influence of drugs, you might not use a condom which can put you at risk of HIV and other sexually transmitted infections (STIs).

People who are high on certain drugs will often have rougher sex than usual, which can cause bleeding.

How to keep yourself safe

The LGBT foundation has some tips for reducing the risks if you're involved with chemsex, including:

You should also avoid mixing drugs with alcohol or any other drugs, and try to use with other people around who you can trust.

For more information and advice, take a look at the links below. 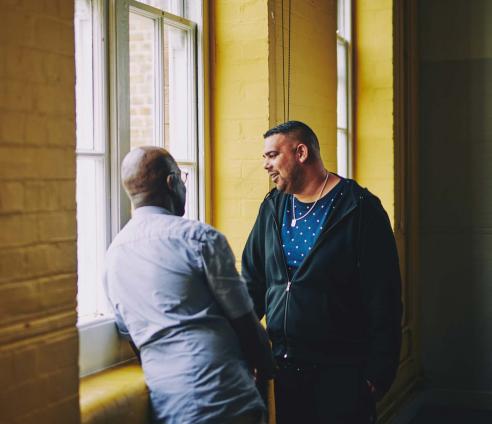